Introduction to the Best Masternodes in 2020

Before trying to find the best masternodes in 2020 you have to find many poor masternode projects in crypto. If you have been reading up on Bitcoin and other cryptocurrencies, you are aware that besides the big market players like Bitcoin, Ethereum and Ripple, there are lots of start-ups that offer explosive growth potential. It is necessary to understand that the risk might as well be higher. Nevertheless, people with savings are obliged to look into the promising cryptocurrency market for better returns. As adoption grows and institutional money will come into cryptocurrencies, starting this year, they are the smart money.

When you want to put your cryptocurrencies to work, you can achieve this by staking. Besides adoption driving the US dollar value of your crypto assets higher, there are several other benefits. Compared to traditional banking saving accounts, you lock your funds in a cryptocurrency wallet and receive rewards for supporting the network, with one small difference: bigger rewards. The retail banking sector is being squeezed by the central bank’s low-interest rates, no longer offering savers any return on their deposits.

Proof-of-Stake is a well-known blockchain consensus mechanism as well as an answer to the non-existing reward structure of retail banking. Proof-of-Stake secures the network and offers you a return.

This has led to huge capital inflows into these types of cryptocurrencies and has moved a big player like Ethereum to rethink its consensus mechanism protocol, changing it from Proof-of-Work to Proof-of-Stake, which will happen during its Ethereum Casper upgrade. It is clear that Proof of Stake is here to stay and you might as well try to get some exposure to cryptocurrencies and the returns they offer.

What is a staking pool?

In a staking pool, several cryptocurrency holders, join and merge their holdings to increase their chances of validating blocks and receive rewards. Because setting up such a staking pool requires significant setup and development, there is usually a fee charged by the pool provider. Nevertheless, a staking pool creates decentralization which benefits the network, and, rewards the people joining it proportionally to their contributions.

So: if you buy a Proof-of-Stake cryptocurrency you can join a staking pool such as Stakecube where you can then earn more interest than by staking individually.

Greta and other Millennials are among the people that want a return to sound money. They typically love cryptocurrencies that are decentralized in nature, have a maximum supply and aren’t controlled by any single government. Decentralization and a limited supply or maximum coin supply, meaning that no government controls the supply of money, nor can they print’ more of it, for sponsoring their wars or other adventures, is like music in Greta’s ears. Ideally, this new form of money should be running on a Proof-of-Stake consensus mechanism as it consumes almost no energy compared to Proof-of-Work or mining (Bitcoin).

Others will claim that Bitcoin has more value as it costs you US dollars in electricity bills to create new Bitcoins. Let’s not start a discussion about this and look into some promising projects.

Our Best Masternode Coins for 2020 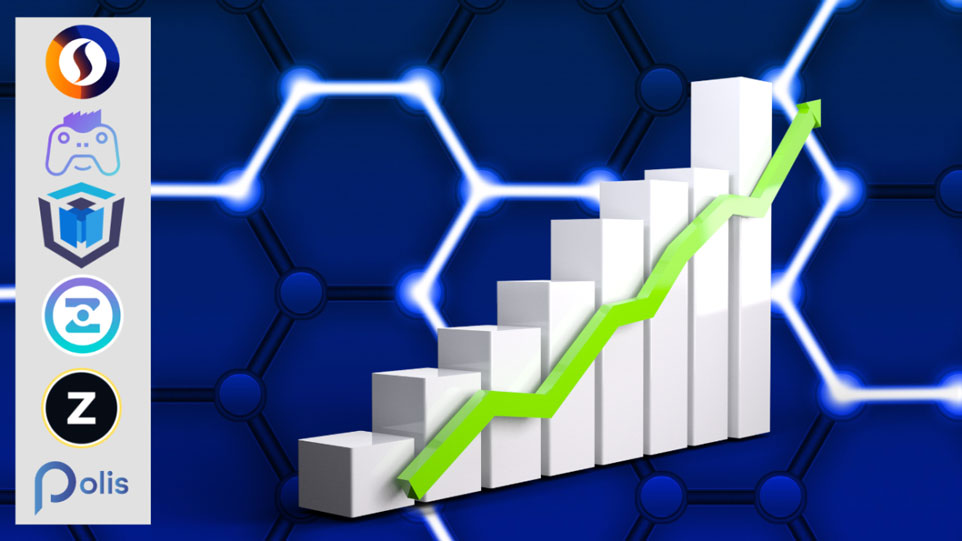 SINOVATE (SIN) is a decentralized and Peer-to-Peer (P2P) digital cryptocurrency and is dedicated to developing innovative blockchain products, services, as well as solutions. SINOVATE wants to combine the strength of blockchain technologies with the progress of private and corporate economies in the digital era, offering a continuous series of new applications.

Some of these developments include:

For the SINOVATE team, transparency is key. Since blockchain is still a new technology, many obstacles must be addressed, and to achieve this, SINOVATE can rely on an experienced and talented team that wants to prove itself.

SINOVATE currently remains Proof-of-Work but will become Proof-of-Stake in the near future.

SINOVATE tackles inflation by burning the coins that are used for its masternodes and is one of the first of its kind to do this.

ESBC coin was created to address several issues within the betting industry, an industry that is growing rapidly but struggles with transparency and privacy issues for the average better.

Stakecube, the world’s leading all-in-one crypto ecosystem, has big plans for 2020. Launched in June 2018 as a PoS Pool and grown into a popular place where 31,000+ users gather, StakeCube offers access to over 45 crypto assets. Besides also offering 9 apps, StakeCube is pioneering with its compound interest protocol.

As DEFI takes the world by storm, StakeCube’s compound interest protocol offers its users a passive income by offering them a return on their investments. Through StakeCube’s compounding interest system with the highest rates, calculator, daily payouts and no lock time, four different and automated income streams, you receive a payout guarantee.

By using the latest cold storage technologies and proof of funds, you can comfortably rely on a fully transparent and traceable service.

StakeCubeCoin offers you up to 12% interest per year, which is significantly higher than traditional bank deposit returns. For more, it does so without any fees or fixed periods. You can withdraw funds at your discretion.

ZENZO is an all-encompassing ecosystem, created on February 22, 2018, focusing specifically on gamers and game developers. The ZENZO Blockchain is decentralized and ZENZO Coin, known as ZNZ, can be transacted peer-to-peer. ZENZO wants to facilitate adoption and awareness of both blockchain and cryptocurrency in the gaming industry, with a strong emphasis on community.

Zenzo Arcade is their flagship product, where it will allow gamer’s to buy and sell the latest AAA titles for crypto. Zenzo is developed by the gamer for the gamer and will look to build up their community to help and encourage young developers in this space.

Privacy is an area that more and more people are starting to pay attention to. For too long, we have given control of our private lives to major companies and this has to stop in some way.

Zero offers its users and investors total payment confidentiality and remains a decentralized network using blockchain technology. Zero combines Bitcoin’s security with Zcash’s anonymity and privacy. It wants to offer savers the chance to stake whilst they can transact relying on privacy, soon to be a valuable asset in the digital economy of tomorrow.

Zero offers 72,5% of its block rewards to Proof-of-Work or mining and a decent 20% to Stakers. It also has a development fund receiving 7.5%.

Polis Coin was founded in December 2017 as a decentralized blockchain network focusing on security, speed, scalability, making it a user-friendly and trustworthy cryptocurrency. It’s built on Bitcoin and Dash and has its own protocol that is currently in development called “Olympus”.

This Olympus protocol will make Polis a trustless, cryptographically secured and open-sourced network. The project is community-focused and offers Masternode owners certain rights in decision-making regarding:

Since Bitcoin’s inception, the growth in modifications related to blockchain pushed Polis to innovate and combine the best into one protocol. A such, Polis combines Bitcoin’s consensus rules and cryptography with nodes based on Dash’s Masternodes, and last but not least, block validation based on PeerCoin’s Proof-of-Stake.

Polis Coin offers 72% of the block reward to Masternodes holders and an 18% to the Stakers. It also has a 10% governance wallet.

2020 has only just started but several new blockchain developments are hitting us this year with STAKING and COMPOUNDING INTEREST being the two the most significant for the staking community. As central banks keep interest low, the retail banks will not be able to offer loyal savers any returns on their savings, pushing them to allocate money into cryptocurrencies, where they can earn up to ‘two digits’ returns on annual basis.

I am personally invested in all these projects but I must state make sure you do your own research (DYOR) before deciding between them. I hope that this list will give you an idea of what coins are out there that are always developing and implementing new ideas.